On Saturday I pulled my hamstring playing tennis. I decided to test it out Sunday on the Haw River. I went fishing with two other guys from the local Trout Unlimited club here in Raleigh. When we got to the river we were greeted with a beautiful view. There were herons and osprey flying over head with brim hitting the surface as far as the eye could see. 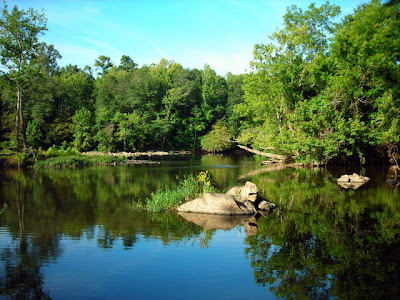 We spread out taking different sections of the river. Preston went for the center stretch. 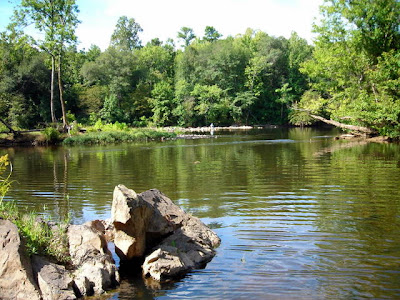 He was able to catch some fish in this section but said the wading was pretty rough. 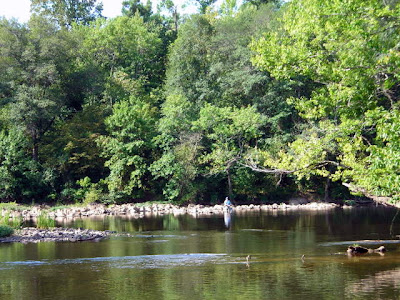 I headed downstream and instantly had a hard time keeping my footing. My leg was sore but felt ok. I was concerned because I had to constantly work to keep my balance. The rocks were slick and at weird angles. The water was low and clear, I can't imagine how hard this river would be to fish in normal flows. 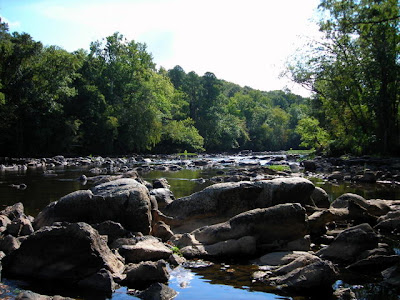 This gives you an idea on how treacherous the river is. At the normal heighth these obstacles are under water. It was hard enough to wade seeing where you needed to step, I can't fathom doing it blind. 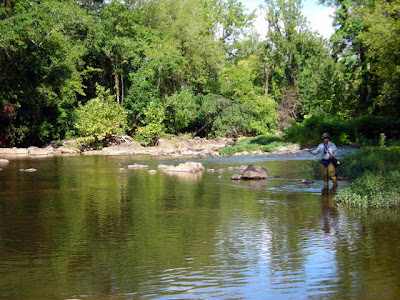 Dave fished a nice pool upstream. He was able to catch a few fish too. The majority of the fish were brim and bass. Somehow he was able to hook up with a yellow perch. 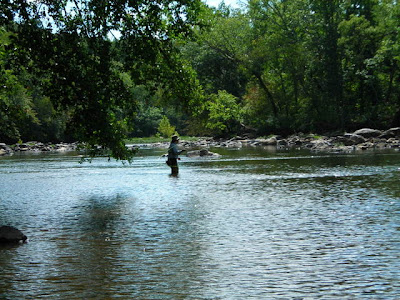 I didn't get anything in this section but I was able to catch one sunfish at a section down stream. I will definately be back, another guy in the TU group invited me to fish by his section of the Haw near his house. It was a great day, I'll be sure to post more pics when I go back.
Posted by Feather Chucker at 2:33 PM