My blog has been severely neglected. When I read that my last post was from the summer of 2021 I almost felt maybe this blog should die. When I read the old posts I'm still very entertained by my past experiences and I think no matter what notions I have to killing this blog I'll keep it around. If not only for my own entertainment.

What have I been up to?

Nothing worth bragging about. My family survived Covid and I was able to fish some last year and even a little this year. My last few excursions with the kids were fun but they never had that bonding aspect I was hoping for. The fishing trips usually ended prematurely and the kids looked forward to where we were eating out after more than the trip itself.

My daughter and I hit a river that should have some white bass and I was knew if she could get in a school she'd have a great time. The problem was there was considerable hiking involved and her waders aren't the most comfortable. We made the trek to the spot I had picked out and were able to get to the water without much incident. Even after I mentioned the ground bees along the trail and she couldn't walk after without staring down the rest of the time. She was terrified they were going to attack her.

The water was dingy and visibility was horrible. There was random debris in the water but I figured fish still had to be there. While I was rigging up I heard on my right "oooh, oooooh, I got one!"

On her second cast she hooked her first white bass. I thought it was on at that point. Usually after one white bass many are soon to follow. All we seemed to catch though were leaves and sticks. I couldn't tell if the fly wasn't getting deep enough or the fish just weren't there.
We tried a different spot and I finally found some fish. Caught on a white wooly bugger of course.

I got into a few more after that but by white bass run standards this was a pretty slow day. At least the blue skies of NC didn't disappoint. 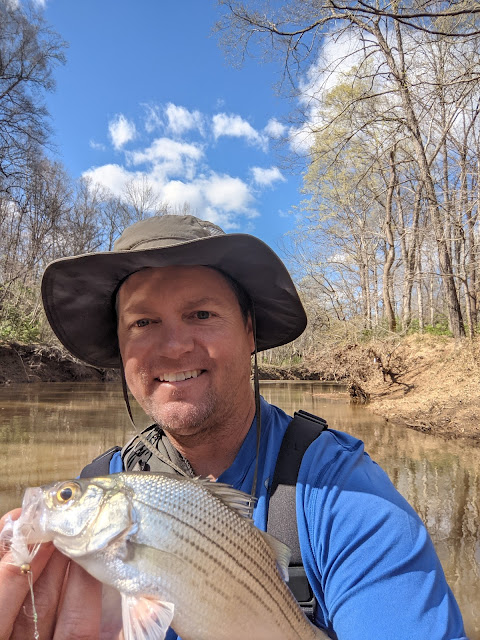 My daughter started to get bored and at one point I saw her in a tree messing with her sketch book. She showed me this later and maybe because I know it's me I'm fascinated by it. 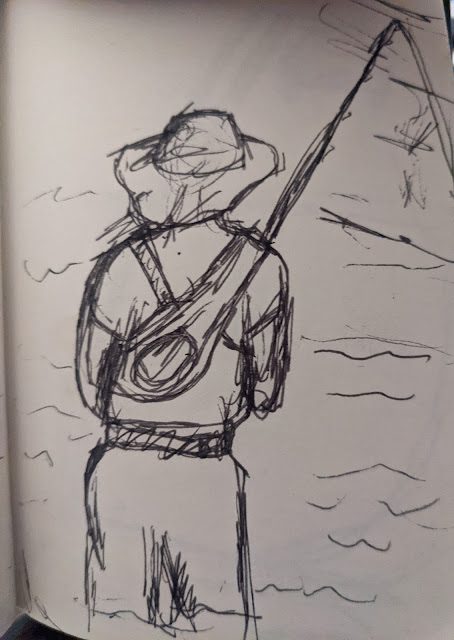 We talked on the trail about our philosophies on life and I think just maybe she understood other reasons why I love fishing. It was exactly the kind of day I had imagined I'd spend with my kids fishing. The smile says it all. 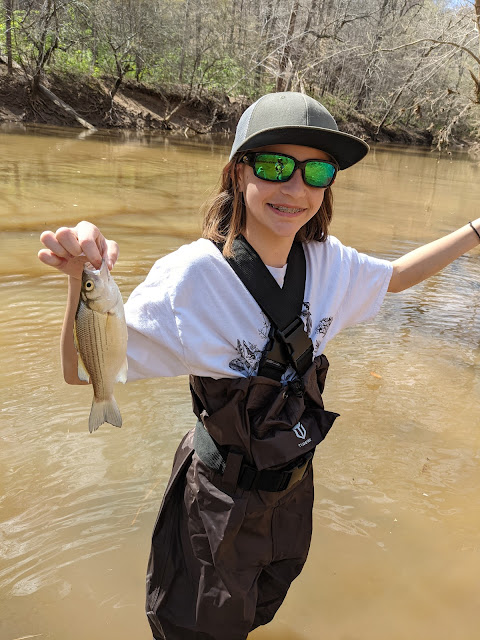