My 5wt reel had an issue where the spool came off from time to time when I stripped line. At first it only happened once or twice a fishing trip. More recently it was happening every 10 casts. I couldn't stand it anymore and decided to retire it. While looking for a replacement I didn't want to spend a ton, because usually the fish I catch on my 5wt rod don't require a good reel. I rarely fight fish on the reel itself.

I found the Piscifun Reel on Amazon. I don't normally look for fly fishing gear on Amazon and the name of this reel sounded stupid. What kept my attention was the design of the reel and the reviews. The majority of the reviews gave it 5 stars. For $35 I decided to try it out. 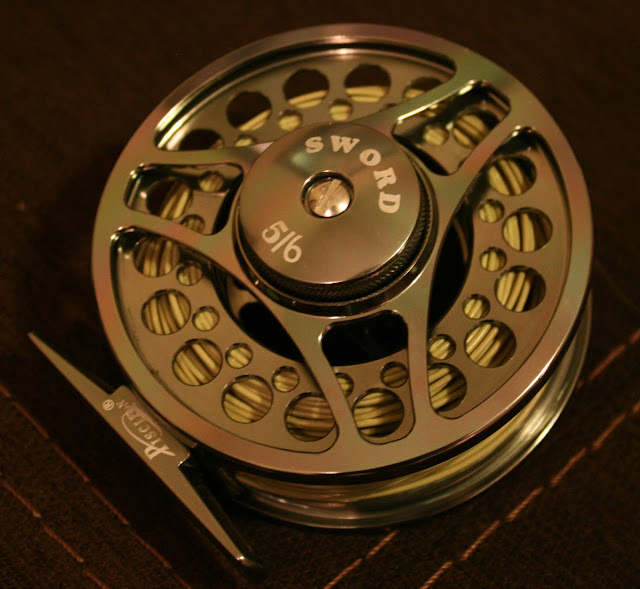 This reel definitely looks fancy out of the box. The finish is like most machined designs. The drag system is basic about what I expected. The reel is very light and the action when reeling line is fluid. The reel should handle a few drops but if you stumbled and fell with your weight on it I think it could bend. 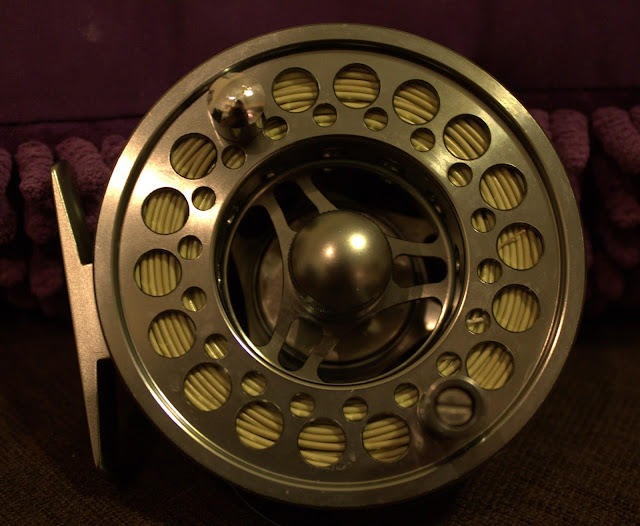 When I used the reel a few times I found it doesn't like dirt. You're going to need to make sure you keep your line clean. This reel will definitely require more service than the one I had before. Even with the cons this reel is better than the previous one and it's a great replacement. It would be a nice spare reel to leave in you car. Just in case you hit the river and forget something.

Posted by Feather Chucker at 6:28 PM