Lefty Will Be Missed

Fly fishing doesn't really have a bunch of huge celebrities. One of the few was Lefty Kreh and people may never know just how many fishermen he influenced. I met Lefty once at a fly show. He was demonstrating casting. He asked if anyone in the crowd wanted to come forward for some pointers. I was nervous because I had only read books by this man up until this point. I raised my hand with many others and was picked out of the crowd. I did a few short casts and quietly just so I could hear he told me I was a good caster. It was probably the best compliment anyone has ever given me.  Lefty was always very approachable and at every fly show I ever saw him he was gracious and welcoming to fans. I treasure the books I have that he signed and I hope people appreciate how much he gave to the sport. He will be missed. 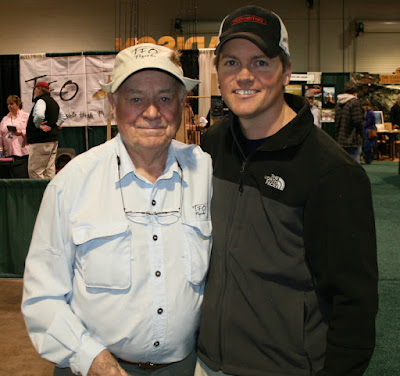 Posted by Feather Chucker at 1:46 PM