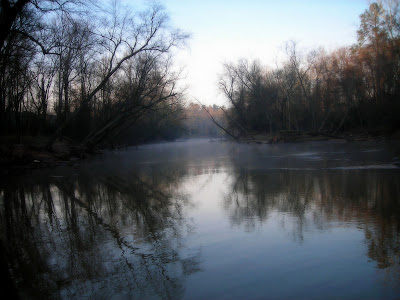 Bob Clouser made a point at the NC Fly Show to talk about his favorite time to fish. He called it that Magic Time. In the morning before the sun comes up or at dusk right before it gets dark. You know this time because the water has a silver sheen to it.  Bob went on to say that during this time you can almost throw anything and the fish will jump on it. This moment only lasts so long.

A friend and I hit a mtn stream yesterday and we were lucky enough to experience Magic Time. Let me tell you it was by far one of the most fun experiences I have had. What made it even better is we were using streamers. The fish were coming after the flies so hard you would see a wake then have your line shoot across the water. Many fish were overly aggressive and missed the fly entirely. All you saw was a head with a big splash and a tail slap. Just like Bob said this only lasted about an hour and once it was too dark to see your fly it was over. Any time you can get out and fish is great but nothing really beats that Magic Time of day. 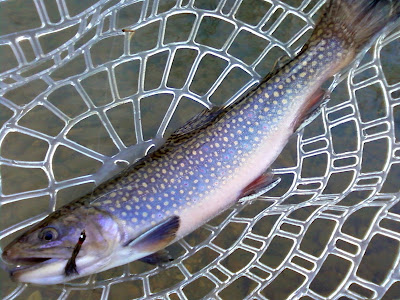 Posted by Feather Chucker at 4:21 AM

Email ThisBlogThis!Share to TwitterShare to FacebookShare to Pinterest
Labels: Trout