For some reason crayfish have been on my brain.  I have been trying to find a good fly pattern for quite awhile.  I have never really seen a baby crayfish pattern.   I was curious to what exactly a baby crayfish looks like.  I found a few pics on google. I liked this one the best 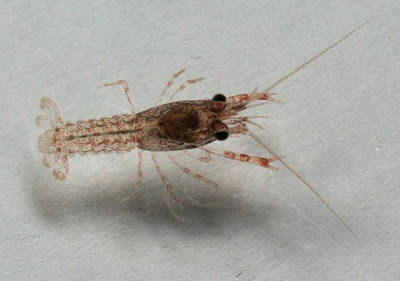 Pic taken from the site DPReview
You can see the crayfish are almost iridescent. The thing that really stands out are the eyes and antennae. There's basically no sign of the claws. I found some pictures of juvenile crayfish and the claws are pretty prominent. 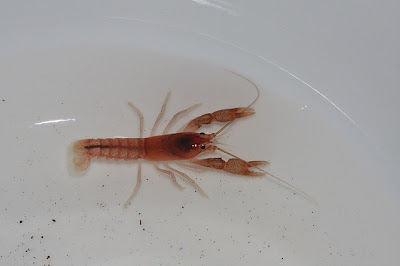 Pic taken from flickr
So the challenge is what is the best way to imitate these. I have seen several crayfish patterns but nothing that was similar to the transparent baby crayfish. I decided to take a shot at it. 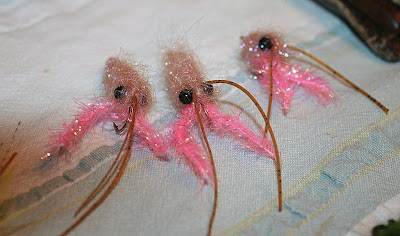 I'm not totally in love with these but they do have a small crayfish look. The bad part is I really didn't have anything for a tail. 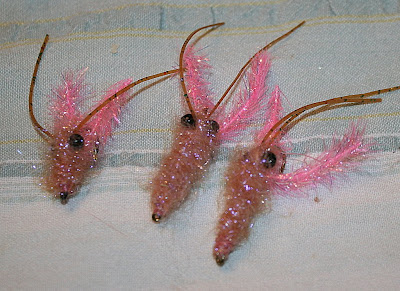 I could have clumped the dubbing really thick at the tail but I was worried about too much buoyancy. I tied quite a bit of wire on the hook to get this fly down. I was thinking about maybe shaping the wire like a tail and wrapping the dubbing around that. The only bad thing about that is the wire is soft and would become misshapen easily. I'll have to wait a few months to try them out. Until then I'll just keep playing around and making prototypes.

I've continued to work on some other patterns I'm sure will work in VA by my Father In Laws.   It must be the cold that has me thinking about warmer water and bass. 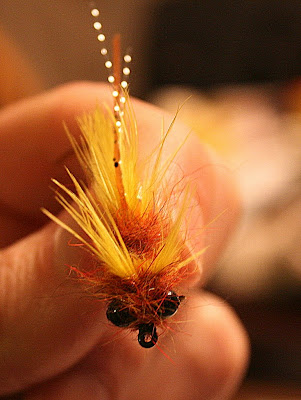 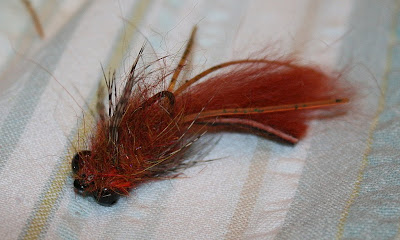 Posted by Feather Chucker at 5:59 PM